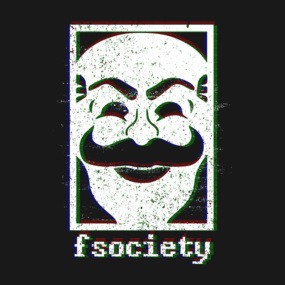 Why did Tyrell Wellick watch his boss' wife urinate? I thought it was so odd, because the man dislays signs of having abnormally high intelligence, ambition, cunning, and calculations. He also has outlets for his odd sexual tendencies, so why would such a calculating and self-controlled man waltz in on his boss' wife in the bathroom during a visit where he knew he had to be on his very best behavior to get himself a new promotion. Sociopaths will go to any length to obtain what they want, and they know just what they need to do to get it- so it seemed so out of character for him to destroy his chances at getting the CTO position by coming onto the other guy's wife!

Well, actually, it was precisely BECAUSE he was so interested in his new boss's position (rather than simply being promoted, he wanted the position of CTO; the next best thing would be to keep his enemies closer and perhaps become the right hand of his new boss) that he did it. He and his wife both waltzed into their house, knowing that they were going to try their very hardest to manipulate them and/or somehow get in their good graces. They worked together, actually, both spouses trying to find a weakness in their married hosts. Joanna flirted subtly with the husband, pretending to be interested in his wines. Meanwhile, Tyrell went for the shock factor, and attempted to catch his boss's wife off guard with a repulsively blunt and rather rude remark about her marriage, as they're are both watching their respective spouses lean in close and speak in somewhat hushed tones about 'smelling the wine' properly. It works, slightly. She gets agitated, reacts negatively, and leaves the room with the impression that Tyrell is not impressed with her husband, not afraid to speak his mind, and is aware that his boss is likely attracted to his wife (Joanna). He reaches out to her, although his reaching out was the equivalent of a verbal slap.

She goes to pee. Clear her mind, calm down. An intimate moment, one that he shamelessly, emotionlessly, disrupts. When she doesn't force him out of the bathroom, doesn't scream, doesn't hide from him: she gives in to his attempted domination. Like animals, it's clear that his gaze pierces her, clear that there isn't very many reasons why a stranger would walk in on the opposite sex like so. Ah. Seduction. His game is seduction, and his wife is aware; she allows it, to reach their elusive goals. (Frankly, she might be more sociopathic than he.) His boss's wife loses her barriers and, quite literally, spreads her legs. She accepts his nonspoken command. She will give in. Tyrell decided at this point that he would not give her what she wanted, politely thanks her for the evening, and then leaves her hanging. Leaves her lacking. In his mind, now she will want him, and now he has found a weakness to exploit.

PS. It's also probable that his off kilter actions are due to his abnormally high intelligence. Geniuses are usually oddballs; besides that, Tyrell seems to be slowly losing his grip on his cherished discipline.--- A Wikia contributor 24.4.52.250

It wasn't about seeing her pee. It was about seeing her exposed. His posture suggested she felate him. He wanted to seduce her, and have something on Scott Knowles, so he approached her where he thought she would be available and vulnerable. By parting her legs, she took back his power, and called his bluff. (A la "Basic Instinct".)

(edited by LeverageGuru)
0
Do you think he would be as evil if his wife wasn't so evil? I wish they would do a back story on both of them and how they met.
(edited by A Fandom user)
0

Sam Esmail talks about the bondage scene between Joanna and Tyrell. He said that there is nothing sexual about Tyrell's sexual engagements in the story. The scene with Tyrell tying up Joanna is supposed to show the power in the relationship. Esmail says that Joanna is in control because she is the one making Tyrell tie her up. She is in command, and he is weak, representing his weakness for failing to accomplish their objective. I don't think you can label Tyrell as bisexual or asexual or pansexual or anything else. I think Tyrell portrays the fluidity of sexuality and the spectrum theory, rather than the absolute titles of being gay or straight.  I think he does whatever and whoever he wants for his own reasons, no matter how uncomfortable or annoyed it may make him. Although sometimes I think he is platonically in love with Eliot, especially when he calls Eliot "God" to Joanna.

That was my thinking, could Tyrell be Elliot himself somehow?

Why does Tyrell wife try to talk to Elliot in danish? Where's Tyrell gone?

Tyrell is Elliot, Elliot is Tyrell ...Elliot is everyone.  The wife is a manifestation of Elliots mother.  Elliot has no use for money because it was what his dad sought out working for E Corp.

The reason there are so many holes in the theories about how who could be this and that when these people are present, Elliot is the only constant, everyone else his creation or manifestation.

What do you think?